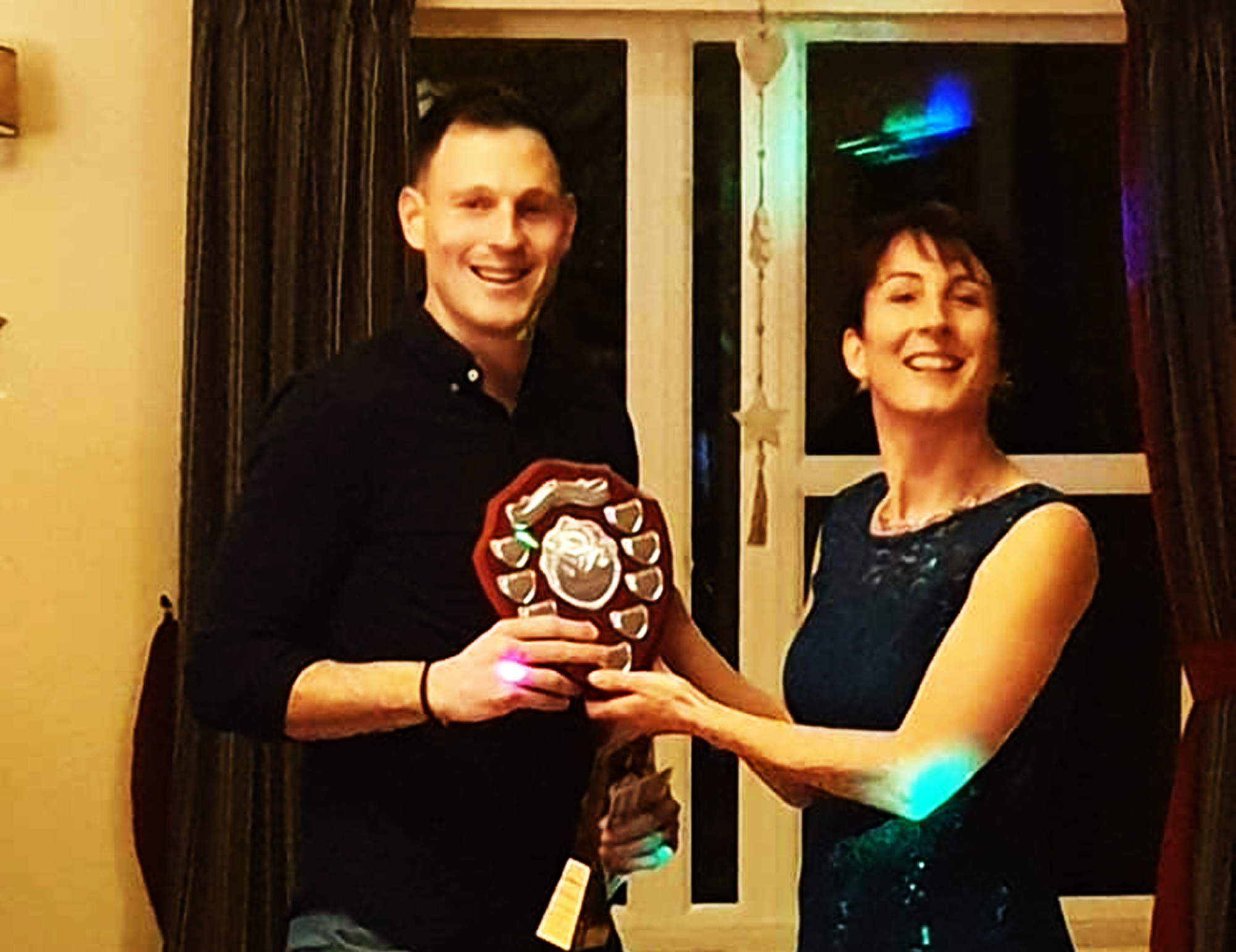 A Huge Congratulations to all of our award winners!!

A great night again at the Great Northern Pub for our Christmas Party and Awards night. 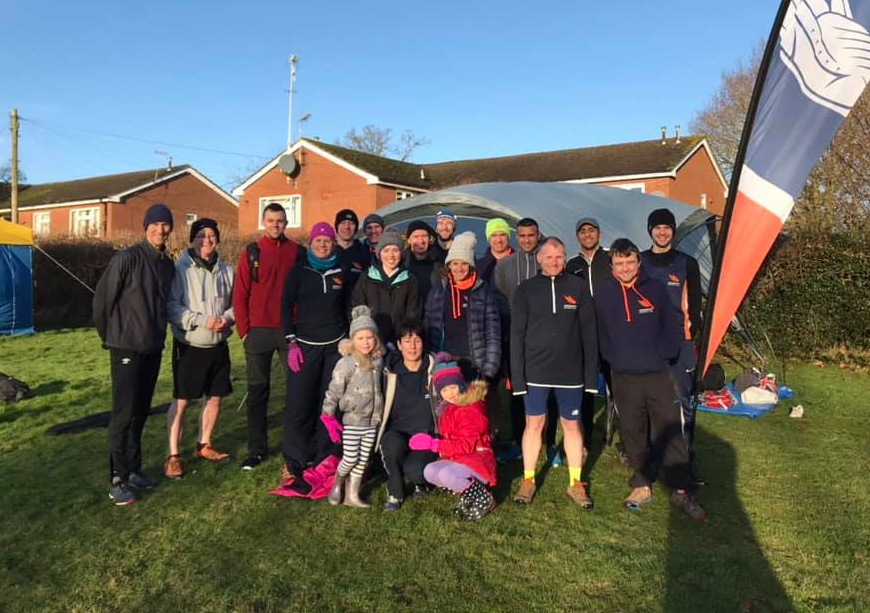 Mud, mud, glorious mud! That was the theme for the 3rd race in the Derby Runner Cross Country League.

The event took place on Sunday 15th December at Smalley, another first time venue for this season. It was a cold day with a chill to the breeze, but luckily it wasn’t raining. This did not, however, help with the underfoot conditions.

Runners set off in clean kit, but returned with mud from head to toe with legs, shoes and clothes absolutely caked.

This was an undulating course, mainly across fields with a short stretch of track. There were 2 laps involving a deep water “feature” (some face planted in the chilly depths due to the steep sides) and a slippery gate to traverse.

The general feedback was of a challenging course that was a great leveller. Overwhelmingly the comments were about MUD, mud that sucked at feet and pulled at shoes, slippery mud that made you feel like you were not moving forwards, mud that got worse the more you climbed up the hills. Still, everyone seemed to enjoy themselves.

We had a really good MRC turnout again, despite it being the same weekend as our Christmas party. There were 15 men and 5 ladies, with some fantastic performances.

The runner of the day was Hannah J, with an absolutely outstanding run. Despite being unwell she was not just the first MRC runner to finish, but was the first lady overall finishing an incredible 3 minutes and 8 seconds ahead of the second placed lady!

Emma was second lady for Mickleover, with Rowan 3rd. Matt B was first male back, with Wilf second and Ross and Callum W hot on his heels.

A special mention too for Alan who stepped in to time keep at the last minute, an essential role for the race.

Let’s hope that everyone manages to get their running kit clean ready for the next race on January 19th at Allestree Park! 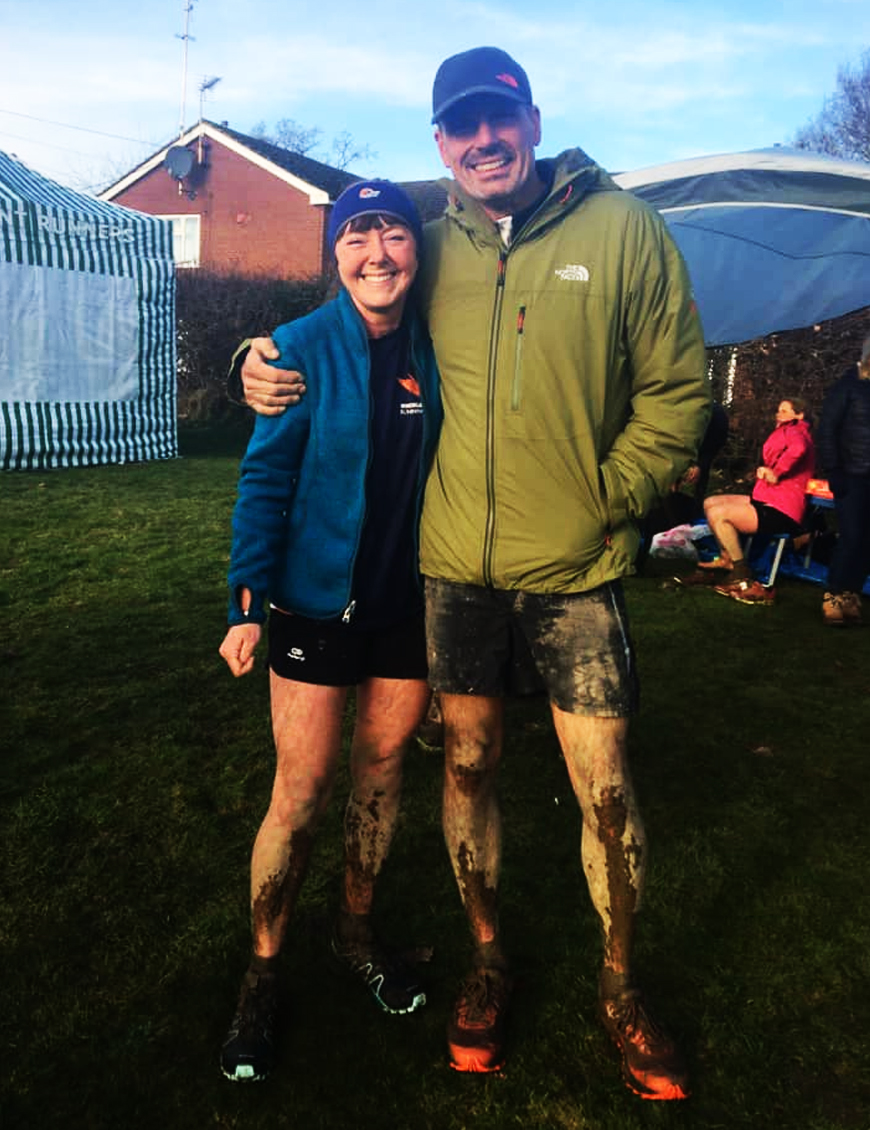 Just a quick update on the cross country league, provisional results for race 3 are out and Mickleover are doing really well.


So, after 3 events the current placings for MRC are:
We have moved up the tables for both the men and team results. Fantastic work! The next race is on 19th January at Allestree Park

*our first full year having formed in September 2016

So, 2019 is drawing to a close and with it we know who our Club Champions are. For the Ladies it was Emma who topped the listings for the second year running, clearly showing the progress she has made again in 2019 from last year.

In 2nd place was Raj, who had a great first part of the year. Rowan grabbed hold of 3rd place with her performances over the second part of the year – closely pushing Raj.

Below these 3 ladies were Lucy in 4th and Tina in 5th – all of these running the minimum of 5 races. On four races was Hannah and Nic, followed by Vicky and Becky. If marathons and injury had not got in the way, the top of the table fight would be much closer I feel.

As for the Men, well a new name was top with Matt B running exceedingly well over the whole year (he also manage to fit in a 3.08 at Manchester), who was ahead of Ross (2nd) and Wilf (3rd) – both again having outstanding years. Lee, new to the club this year, was 4th and only lost by 1point to Wilf, with Nick, Richard and Clive also making up the required 5 runs.

James S, Jamie, Paul D, Tom and Paul T all ran 4 races with both the Andys (S & F) running in 3. If they had ran in 5 races I am sure things would have looked very different, but injuries do get in the way and one has to be in it to win it!

The Club Championships, yes they are there to award our fast runners, but it is also a way to promote a little bit of internal friendly club rivalry, with the close competition between Raj/Rowan and Wilf/Lee. I won’t mention any names, but I did get asked a few times by more than 1 person questions like, ‘Ok, if I score x points and t’other scores y – how does this effect the table?,’ or ‘Are you sure person A can’t catch me?’ I just think its great to have that light banter and chat about it all.

I also went ahead with a new category of Most Improved Member and it was based on how a member performed this year across the Club Champ Events compared to last year. This was all new, and the person who improved the most at a race basically scored the most points. What was good about this was that it highlighted the year that Nick Connor has had – with him topping the charts as the most improved. Ross was 2nd and Wilf 3rd, just a head of Emma, Clive, Raj & Richard. So, many congrats to Nick on that.

As for 2020 – as much I would to like include an extra race – oh, let’s say…..the London Marathon, there will be some changes which have been discussed. Swapping an event or two about and an extra rule (or two…..).

Dates for the Diary

Don’t forget…..one benefit of being in a running club is that the wonderful local shop Derby Runner gives you a discount! 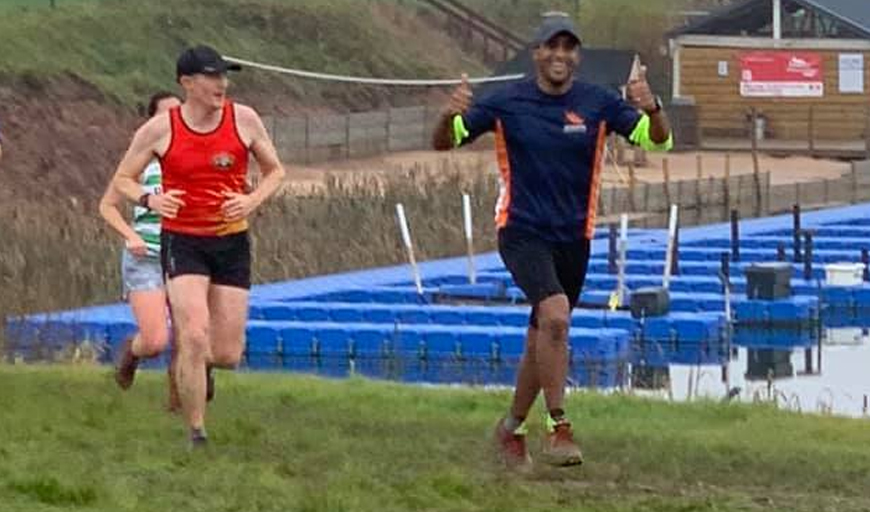 It has been a fantastic year and the above is only is snap shot of some of the performances over the year.

To add to this we have, and in no order: 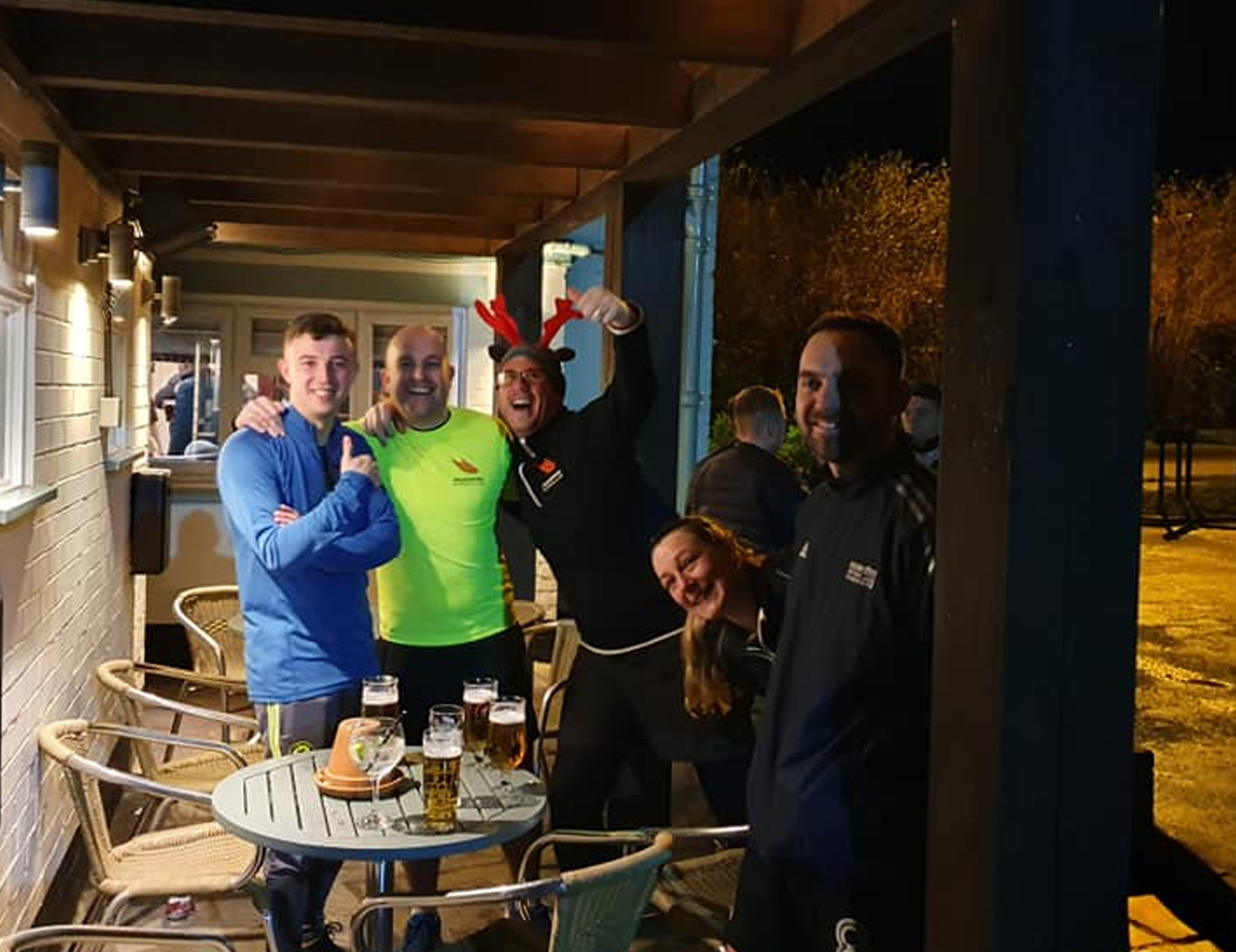 Mr Run November, Richard Hick raised a fantastic £233.91 for Scope and The Brain Tumour Charity on the night taking the total for the year to an incredible £4499.60!.

Here are some photos kindly provided by Michael Richards. 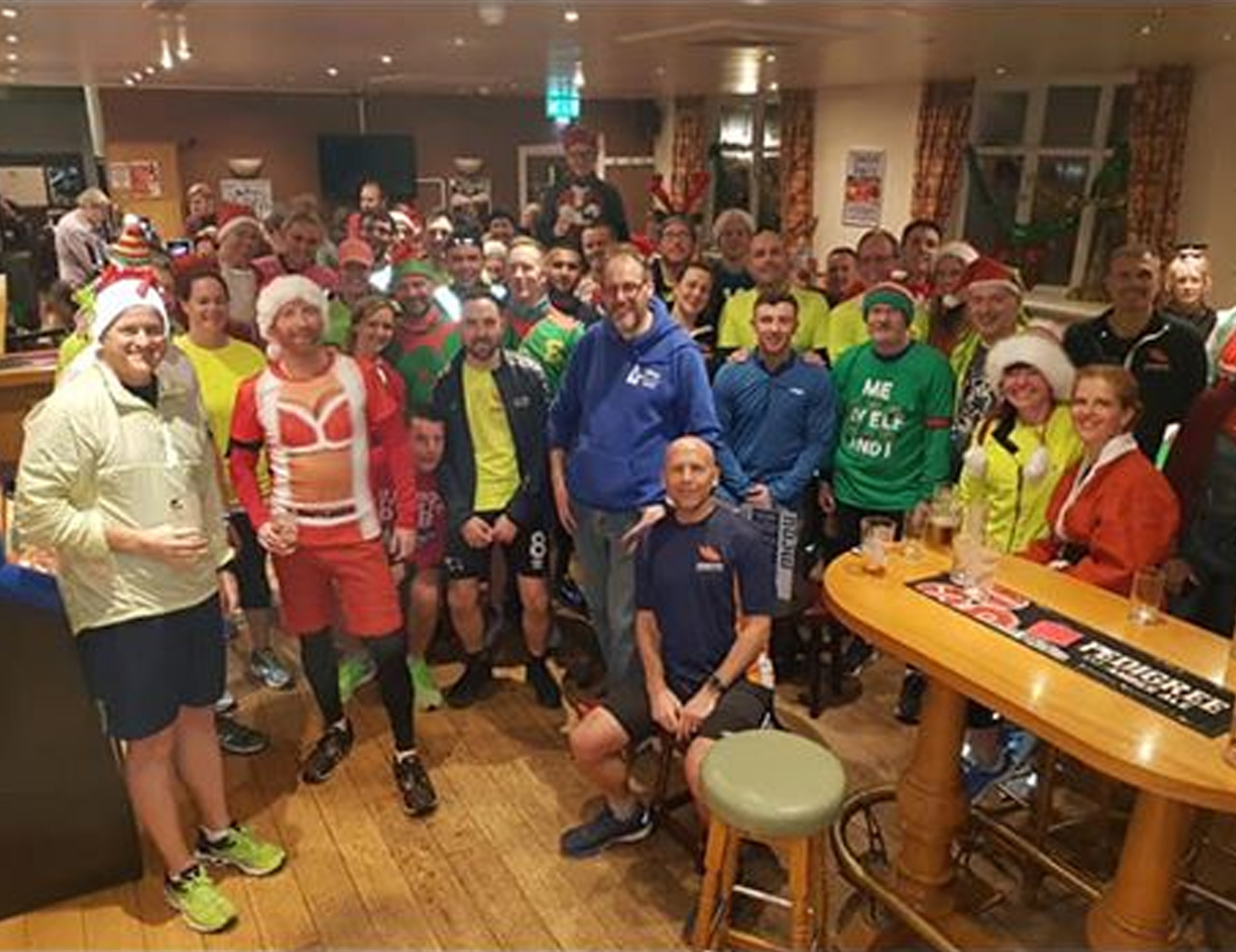 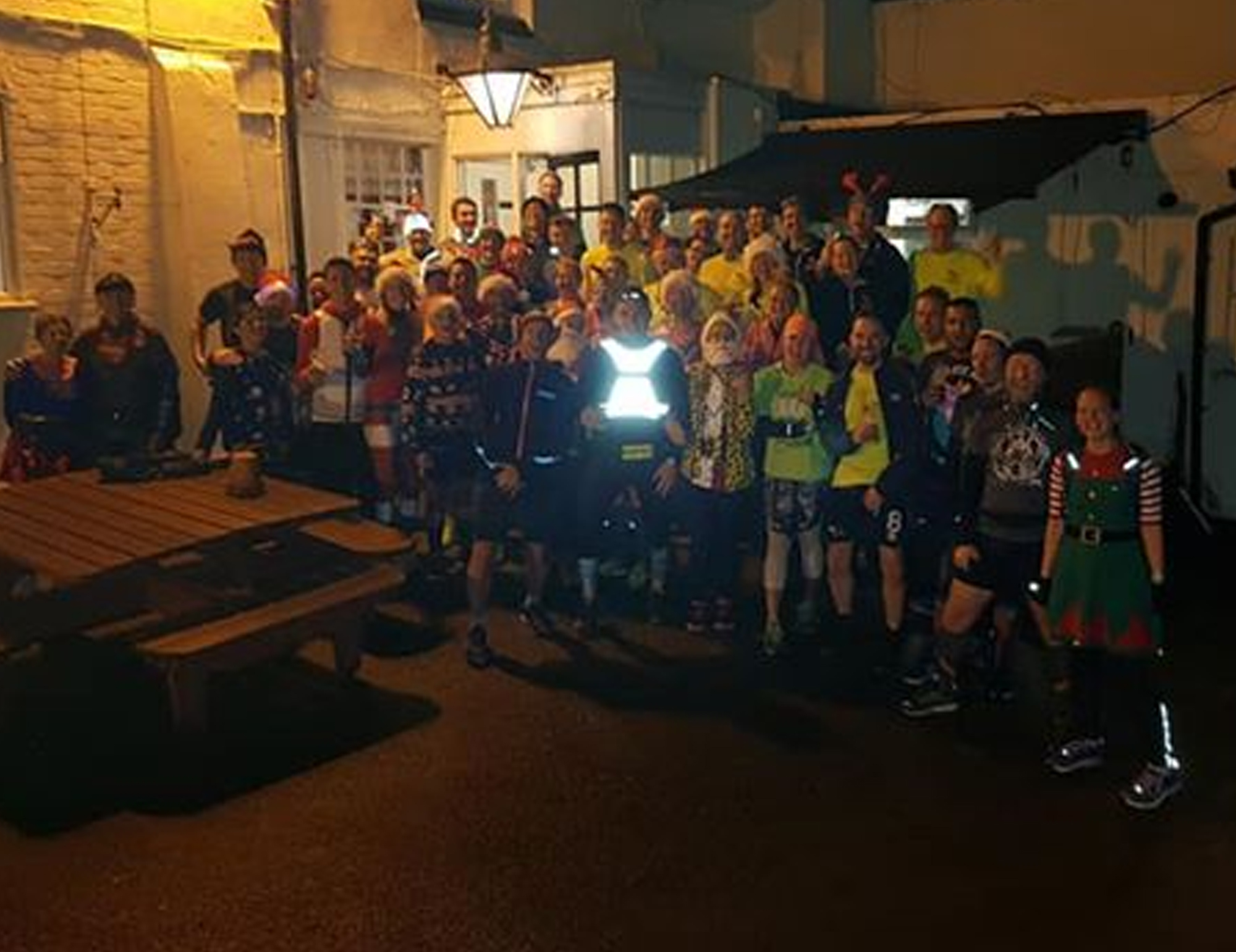 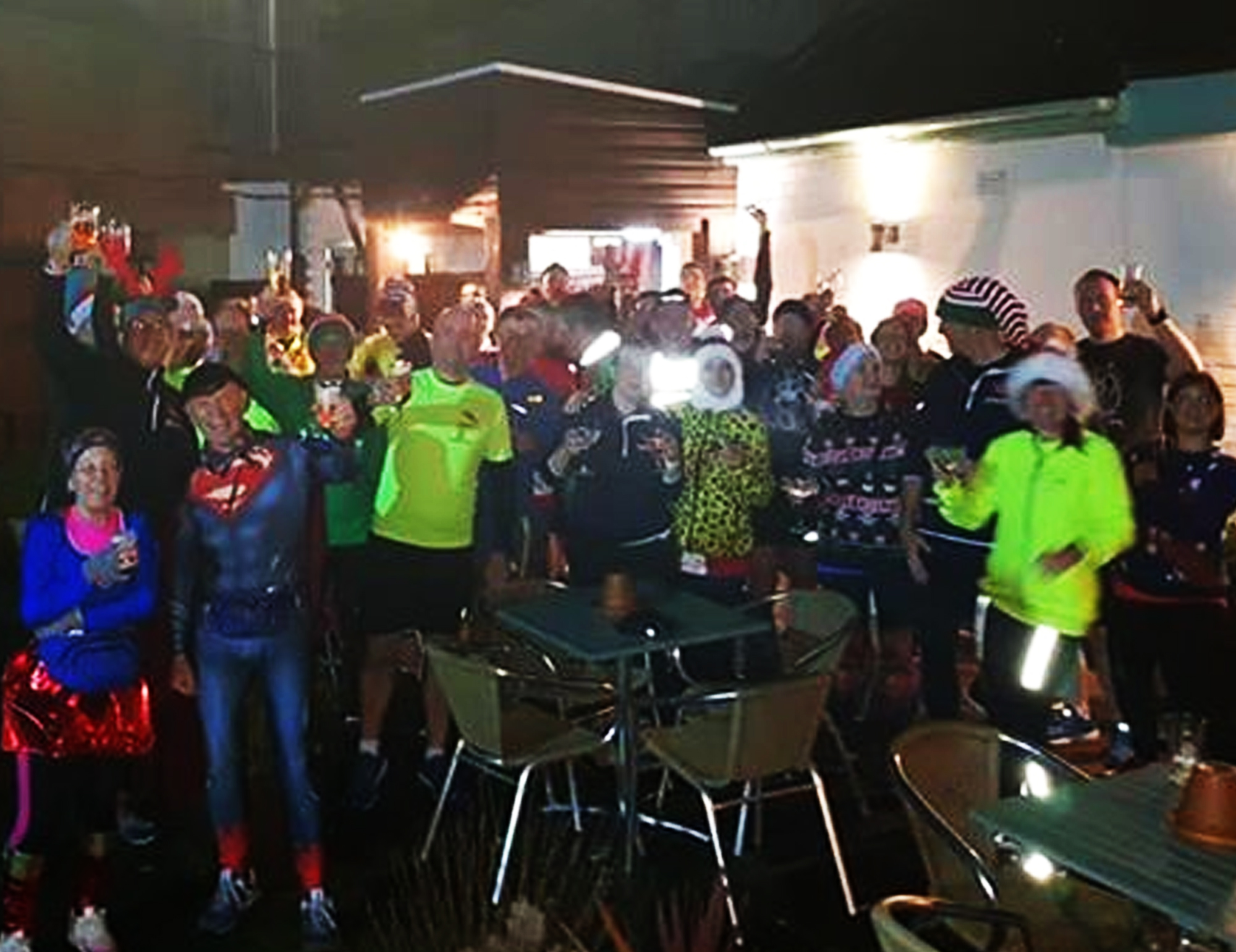 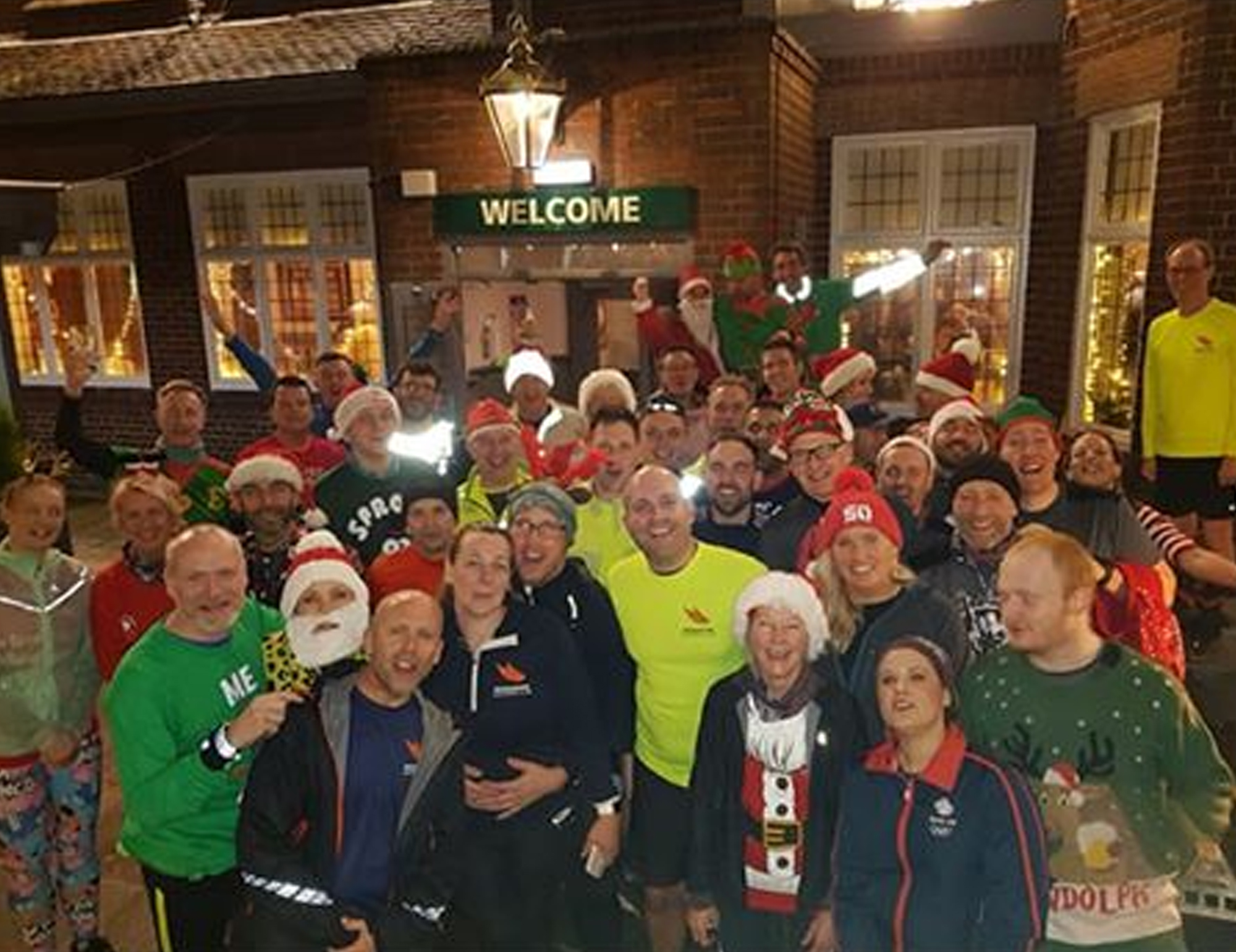 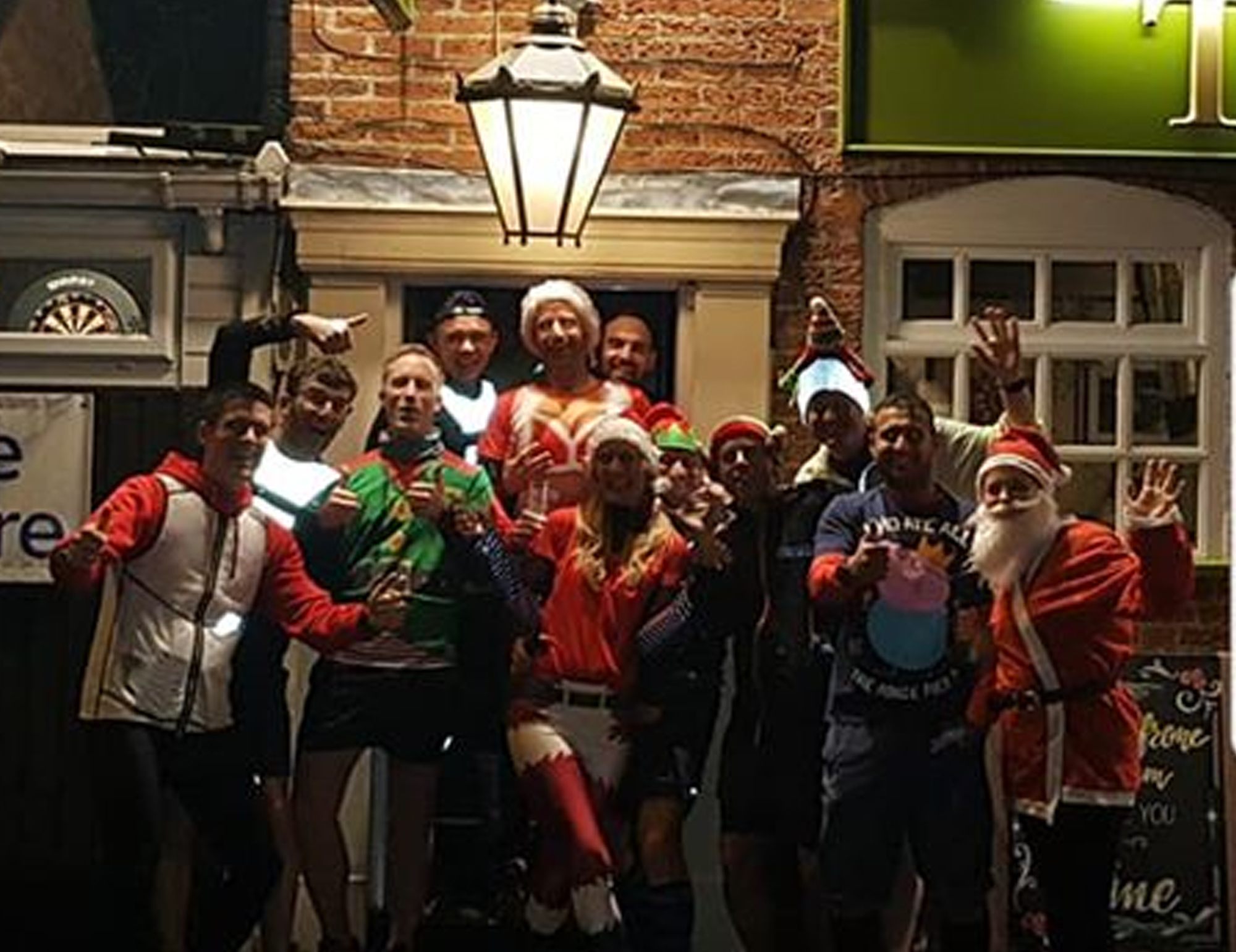 James, as winner of the VLM Club Ballot has chosen Cancer Research for the Clubs 2020 charity of the year.

We will a couple of fund raising events next year to support this wonderful charity, but you can donate today using the link below.

A new parkrun is being organised in Lichfield.

More info. to follow as the test run took place yesterday and should be up and running in January.

PHOTO OF THE FORTNIGHT 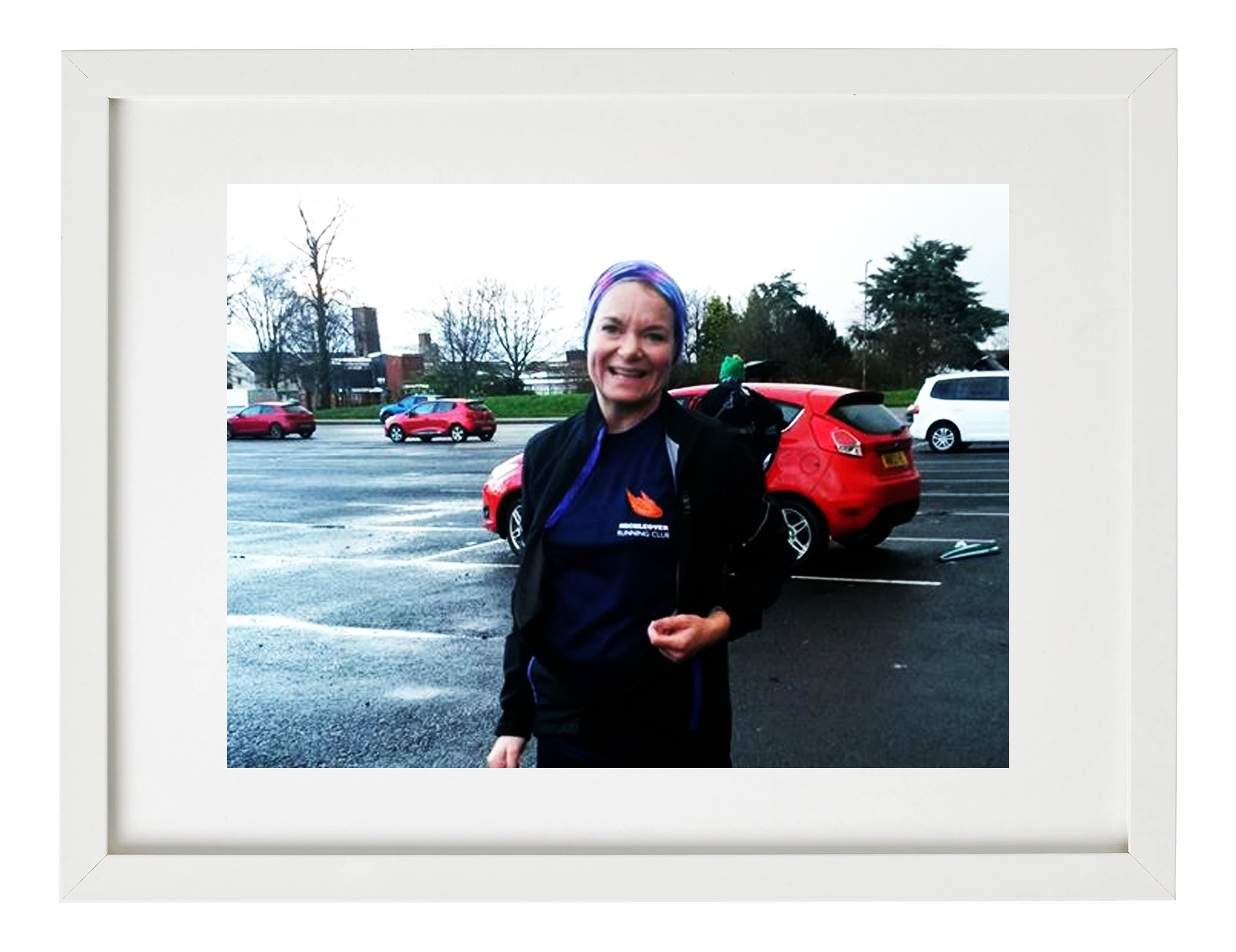 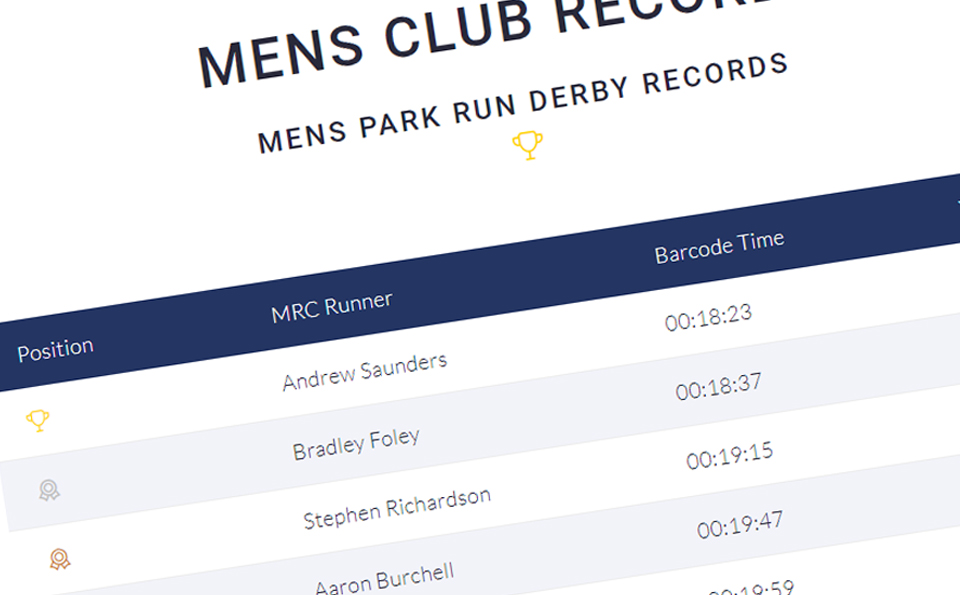 Emma has been working hard collecting lots of results, if you havent let please do so following the info. below...

If you have any amendments to the records please email the club using the email address results@mickleoverrunningclub.co.uk stating the following information.

Me and Emma have been busy compiling a list of all Mickleover Runner Club runners who have podiumed at events over the years including age categories.

Next Newsletter 12th Jan. 2020, have a great Christmas Team and a happy New Year.

A number of MRC Runners are heading to parkrun on Christmas day.

The Alvaston team are pleased to be hosting an extra parkrun on Christmas day, starting at 09:00. Use the link below for more info. including parking.